Today we present to you the new real revenue share audit report for King Billy Affiliates.

They have King Billy Casino as their brand.

Test signup and deposit is made from Country ‘Serbia’ 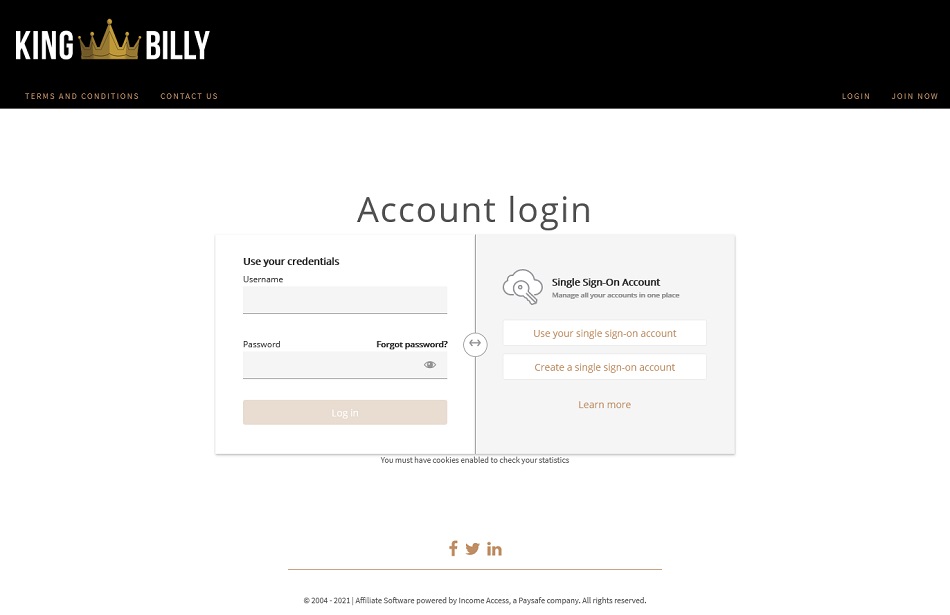 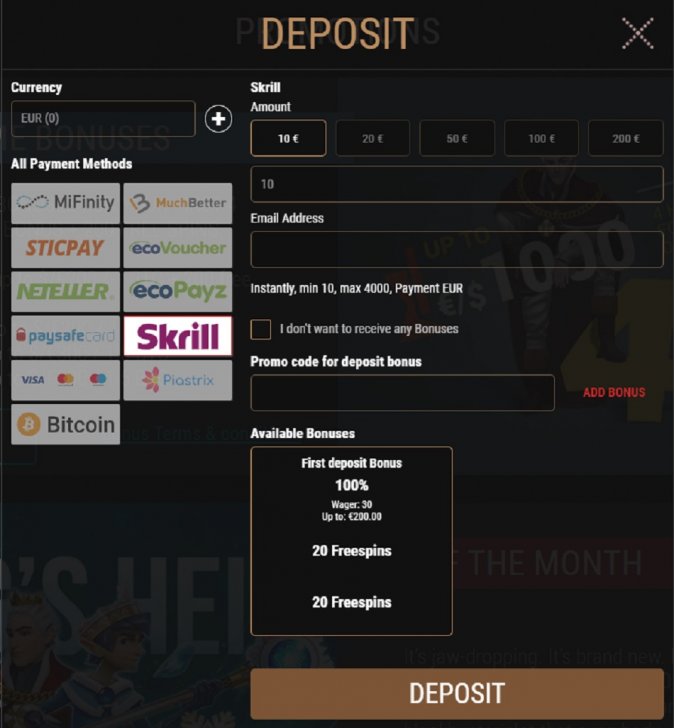 Our funds with the welcome bonus were €20 and we started playing some slots: 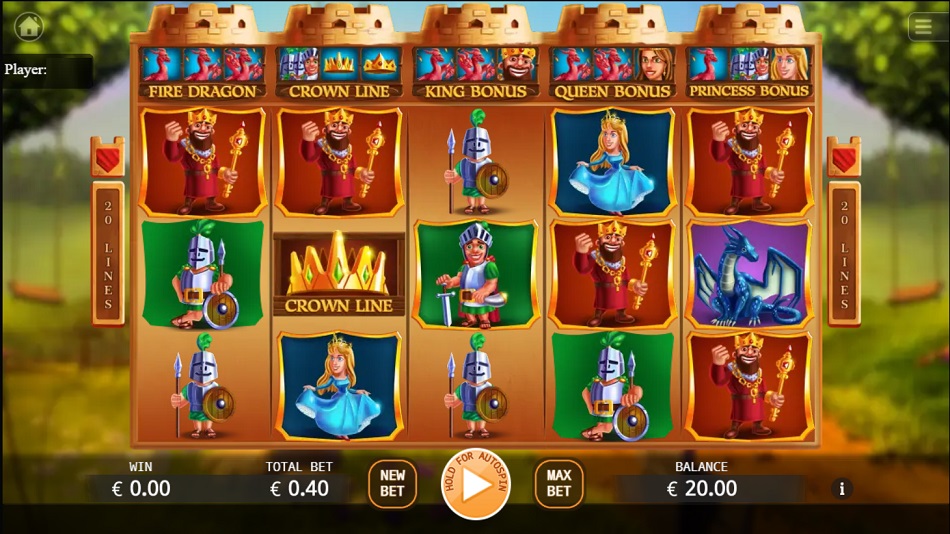 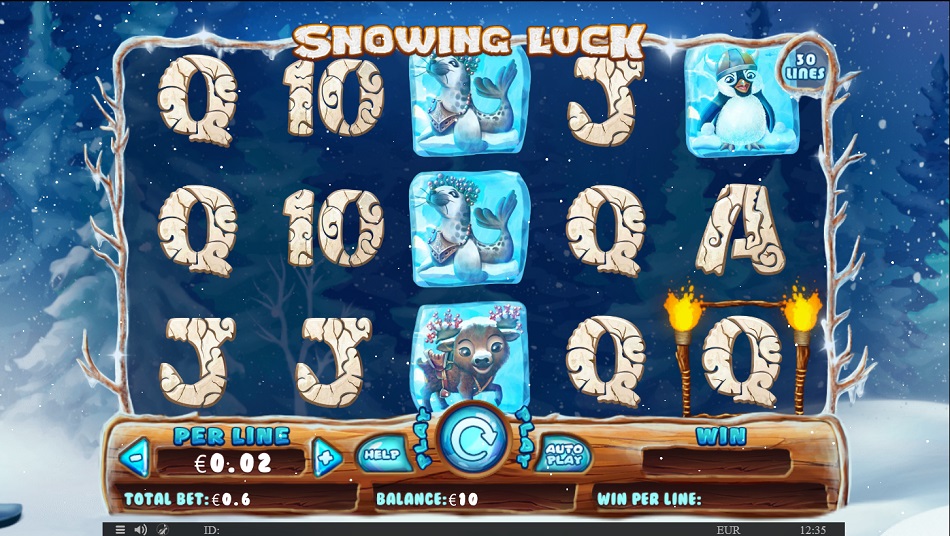 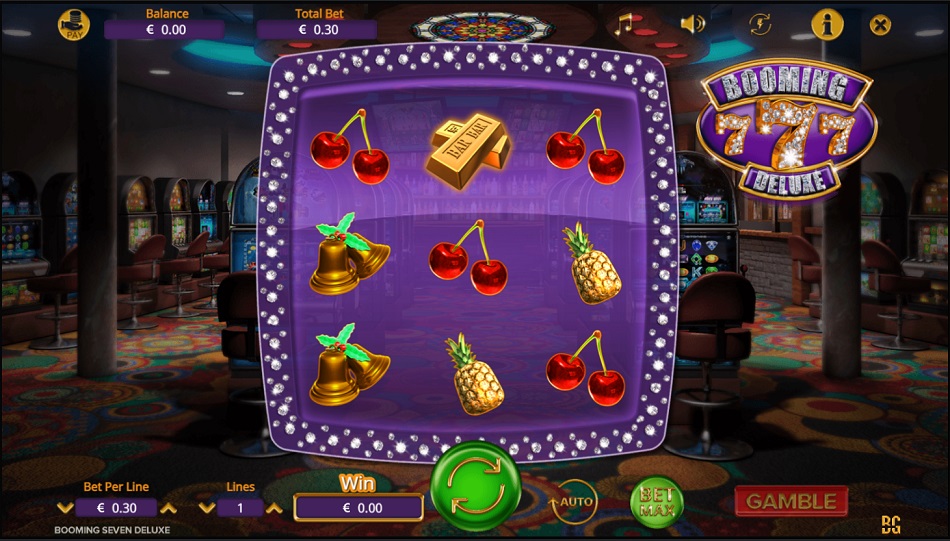 Eventually, we lost all the funds and checked the earnings report:

To summarize, the Effective Net Gaming Revenue (the amount of money deposited and lost) is 6.5/10= 65%

The same old story.
Another reason to demand max revenue share, or refuse to work with an operator.

Btting said:
Although not as bad as others still a disappointing result
Click to expand...

The advertised RS % SHOULD MEAN; EQUAL, exactly (identical) to what is marketed on a program's site.

What is a scam?

A scam is a deceptive scheme or trick used to cheat someone out of something, especially money.

Is stating (advertising/marketing) a Revenue Share % a SCAM if, what's actually paid to the affiliate, is less than what is advertised, marketed, or other wise stated is paid as RS?

Your damn right it's a scam...

So how is it that a scam program receives "certification"or more to the point, paid platinum sponsorship

If it's advertised as 45%, then how can it be around 25% and not even be upfront about it to the affiliate? The operators have put in place a scam system that has become almost acceptable.

It's great that Affiliate Guarddog does these audits. When I see the results I have no interest whatsoever in working with King Billy.

Seems to me these "Admin Fees" are in actually fact, 'CREAM FEES'...They ensure the owner(s) get their profit, and affiliates get shafted in return.

Let me remind these scammers, without affiliates, your casino(s) would not have the players.

When it's put like that, it show just how unethical/dodgy some of these programs are
"A revolution is not won by the fearless, it is won by the feared!." - Far Cry 6

Once, I was interested in joining their affiliate program. Not anymore, especially now after seeing these stupid fees and

this man which can't tie two words properly together.

Welcome to the rigged AskGamblers Awards 2020
And welcome back to the Admin Fee rip-off show.

Years ago I have warned on GPWA extremely about the coming admin-fee scam.

Either big-mouth-big-rulers-big-affiliates-"helper" have been too busy with attacking me or no one wanted to hear me. Also Mr. Corfleone was angry about my fight against admin-fees.

Now some of this big-affiliates are crying about King Billy there, but in most cases they are only crying, when an issue effects their own wallets.

The King-Billy-Admin-Fee-Rip-Off is also a textbook example of the hypocrisy, because do you see some of those GPWA moles, anonymous perverts and others, yelling now there at King Billy, do yo see them claiming about admin fees there at the GPWA Crime Family sponsor areas, where enough other programs are using this scam?

No, in most cases not, because some are not big but weak, calculationg brownnosers, narcissists egoists and instead of fighting admin-fees already some years ago they are now opening threads outside of the King Billy sponsor area, which is in the long run totally useless, because on the contrary to a thread directly into a sponsor area, this kind of threads will vanish due to new threads, which have nothing to do with that issue and its forgotten after some time. The sponsor area remains clean.

Dave and I, we share the same opinion, that admin-fees are nothing but a scam.

The No-Affiliates-Services of Mr. Corfleone even has censored the title of the King Billy thread there to protect the program. The evidence is as an edit note in the first post of the thread. The other post of him was a distraction from the truth for low IQ readers. That says it all.

The GPWA Crime Family normally has to move such threads from the unethical area into the sponsor areas. Intentionally, they are refusing to do so in most cases.

King Billy now has to live with that scam. Does anybody really believe, Mr. Corfleone and his rabble would ever make such an open and transparent audit?

Until today they are lying to you about my members status. I am not a "public member" there at GPWA. This is a hoax because they have no guts to tell you the truth, that they have banned me already some time agaon due to my fight against scammers and of my free speech.
Last edited: Apr 18, 2021

GPWA readers: I'm NOT a public member of the forum of the GPWA Crime Family! This is a lie! I am already banned since some time due to telling the truth.
A

We work with 140 programs and most of them are advertising theoretical RS and not the actual. I would say around 75%-80%. Well, they really need to advertise their actual RS or remove admin fees.

The look on that lady's face, is priceless.

King Silly has only lived long, till now, because he is ripping off all of his subjects (aka affiliate partners). Any program who charges affiliates an Admin Fee, are stealing their rightful commissions.
"A revolution is not won by the fearless, it is won by the feared!." - Far Cry 6

Roulette Zeitung said:
Welcome to the rigged AskGamblers Awards 2020
And welcome back to the Admin Fee rip-off show.
Click to expand...

All the awards are rigged insofar as they are simply paid promotional tools. I did not realize this until literally the worst program I work with won multiple awards one year over and above programs that far outshine them.

Then I knew the truth about these industry awards, which are bought and paid for by affiliate programs and operators.

Roulette Zeitung said:
Dave and I, we share the same opinion, that admin-fees are nothing but a scam.
Click to expand...

This is my biggest complaint about Intertops for example. 20% admin fee only to have access to affiliate managers who do not answer emails, or when they do, talk down to affiliates who are going out of their way to offer constructive feedback.


Roulette Zeitung said:
Until today they are lying to you about my members status. I am not a "public member" there at GPWA. This is a hoax because they have no guts to tell you the truth, that they have banned me already some time agaon due to my fight against scammers and of my free speech.
Click to expand...

I think your biggest issue is that you come off as crazy sometimes. I will admit, I often skip your posts on all sites you post that we mutually are a part of, because of the rambling nature of your posts and some of the off-the-wall things you espouse.

Perception is reality and if you wish to be taken seriously, type more seriously IMHO

I have no issues on the contrary to many others, especially shills from the GPWA Crime Family. Do you really believe, after 70 years life experience and 50 years success in the real life there is anybody, who can tell me, how to talk, to write and try to teach me what is "seriously"?

Probably only by chance my lucid diary has 274.000+ views.
Of course.
They have not skipped.
They read it, despite some morons claimed over the years, they never did, until they have been caught red handed, because this idiots quoted from me.

I am as crazy as this rotten industry needs it. I am only the mirror to show the dirt and the liars but also the few good and chances. If you don't like it, skip it. It's o.k., and It doesn't matter. I have always written for a special group of people, people with high IQ, with an almost dramatic sense for the darkest satire, for clear words but also for those, who also are interested in sober term facts.

I have given more to this industry than I have received.
Oh, yes.

Because truths are the maximum to deliver.

The most people are only interested in any truths, if a case affects their wallets, the "Own-Wallet-Scheme".
Last edited: Apr 18, 2021

GPWA readers: I'm NOT a public member of the forum of the GPWA Crime Family! This is a lie! I am already banned since some time due to telling the truth.

I had talked quite a bit about that admin fee also when doing certifications in the distant (now way distant) past. I hated them and, at that time, had come up with some "Effective Revshare" (I think I called it that, would have to search history) calculations for several programs.

Unfortunately, gone are the days where programs pay the revshare they actually post on their pages. Almost none (save a few) post reality and, I think, that has a lot to do with the fact that everyone else posts their "fake" revshare percentages which make them look bad in comparison.

It's a shit-show that can only be stopped by this kind of information that shows up in the search engine results, so good job posting reality AGD.